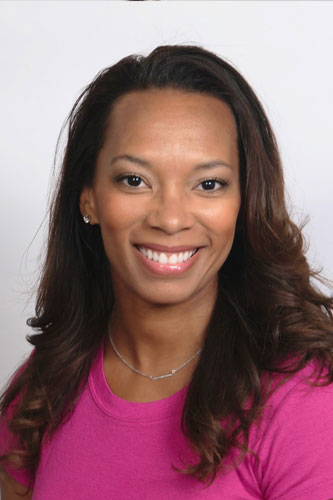 All level Choreography, Touch-Ups, and Clinics

Hi, I’m Colette-Nicole Diokno and I come to Precision Choreography with more than 20 years under my belt as a competitive J.O. gymnast, dancer, and professional choreographer. I am professionally trained in over 14 genres of dance and have traveled the world performing in both live and staged/televised shows.

After wrapping up my gymnastics career as a Level 10, I focused my energy on coaching dance and gymnastics to young athletes and furthering my acting and modeling career. As a classically trained actress, I have been in several feature films, television programs and commercials, and have choreographed, produced, directed, written, and starred in over 10 musicals and staged dramatic plays. During my 4 years as a Captain and ambassador for the San Francisco 49ers Gold Rush Cheer leading Team, I performed in the 2002 Chinese New Year Parade in Hong-Kong, choreographed and led the first official N.F.L. Cheer leading tryouts in Japan, and performed in an emotional USO Show at the Fort Hood-Texas Armed Forces Base just 3 days after the September 11th attacks. I have also had the opportunity to promote, perform, and volunteer for many charities that I hold dear such as the Susan G. Koman Breast Cancer Foundation, the 49ers Foundation for Kids, and Toys for Tots, among others. I am ranked as the 4th top Irish Dancer in the U.S. and was chosen to represent Northern America at the World Championships of Irish Dance in Belfast, Ireland, where I was ranked among the top 150 Irish Dancers in the world. My accomplishments have enabled me to earn thousands of dollars in scholarships and put myself through college by holding the local representative titles of Miss Teen South Bay Cities, Miss Teen San Jose, Miss San Jose USA, and Miss Santa Clara, which allowed me to compete for the title of Miss California.

Through it all, I have remained committed to coaching and nurturing the athletic talents of young gymnasts. I have extensive knowledge and experience in choreography and competitive gymnastics. I was fortunate enough to have coached along-side Olympic coaches such as Mark Young (coach of 1996 and 2000 Olympian Amy Chow). I thrive on identifying unique qualities in individual gymnasts and creating show-stopping routines for gymnasts and dancers all over the world. I am thrilled to have found the same intent and purpose in Nicole Langevin and Precision Choreography and am proud to be a part of the PC Team!